The Roanoke Valley Branch of the American League of Pen Women will meet at First Presbyterian Church on S. Jefferson Street on Thursday, October 9, at 10:30 AM. The guest speaker is Patti Trail, Director of the Roanoke Valley Choral Society. Visitors welcome. Please call Lynne Victorine for information at 345-6009.
Posted by CountryDew at 3:09 PM No comments:

Macy read from her book and discussed the implications of economic change and how political decisions impact localities and local people. Her story personalizes "the biggest American economic story of our time" and has been lauded nationally for its in-depth reporting and inspirational writing. 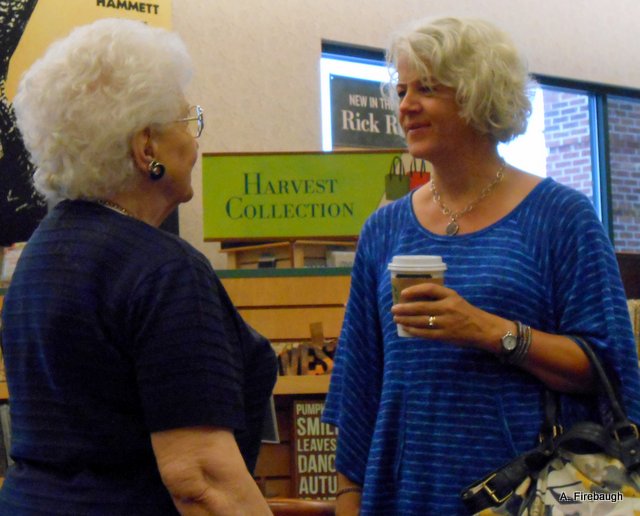 Pat Bijwaard, member of the Roanoke Valley Branch, speaks with author Beth Macy prior to the event. 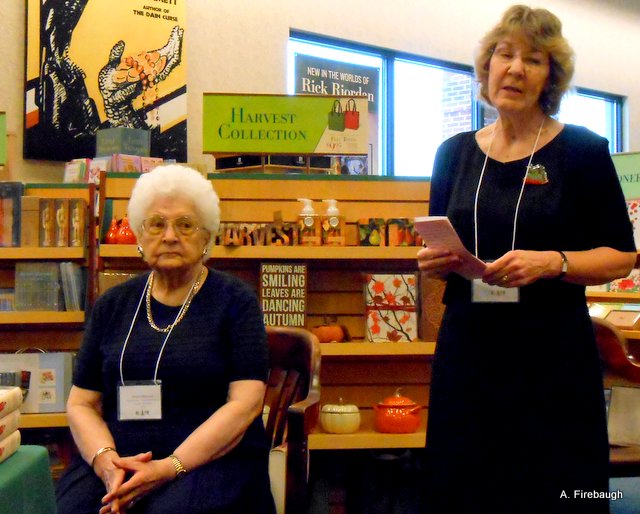 Bijwaard listens as Roanoke Valley Branch President Lynne Victorine introduces the crowd of about 30 to the Pen Women and to Macy. 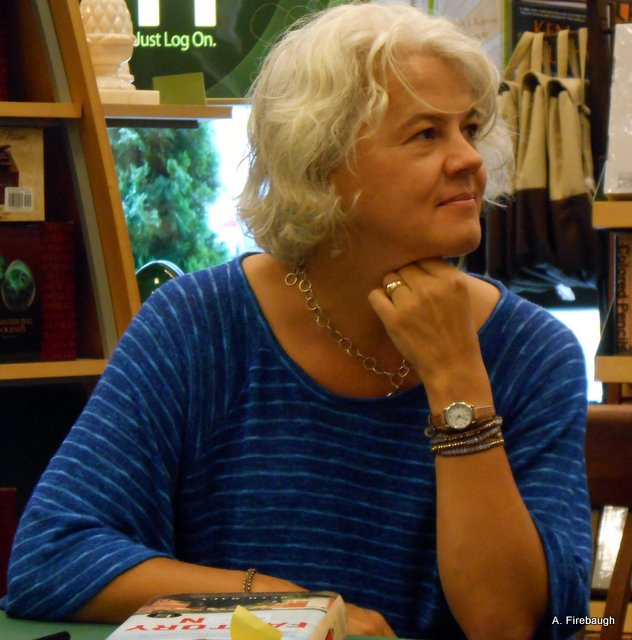 Macy listening to the introduction. 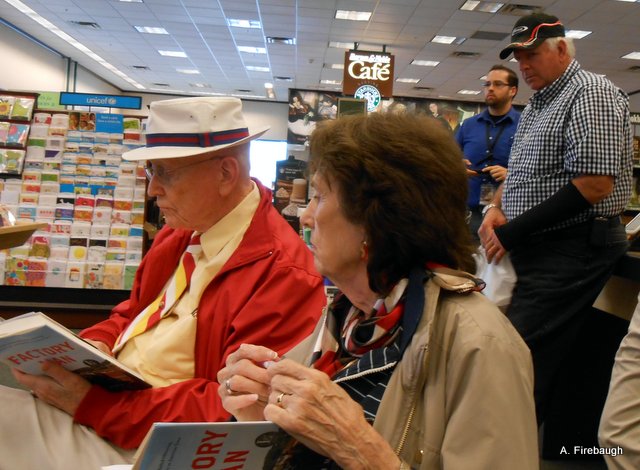 The crowd was very involved in what Macy was discussing. 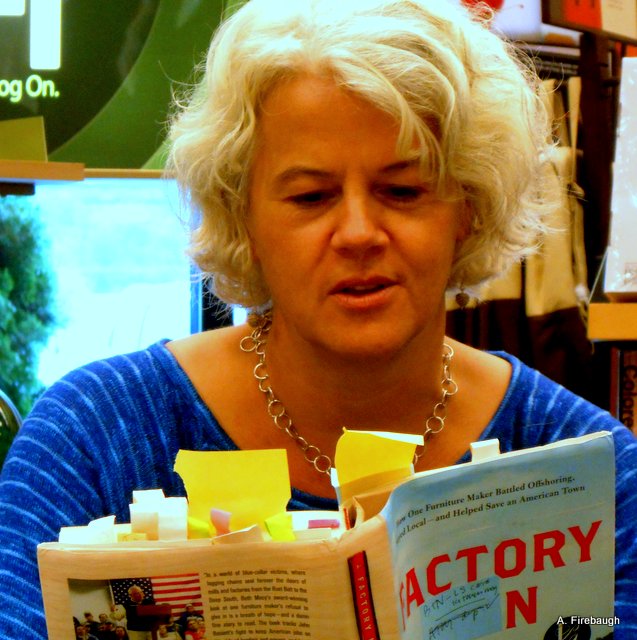 Macy reads from her book. 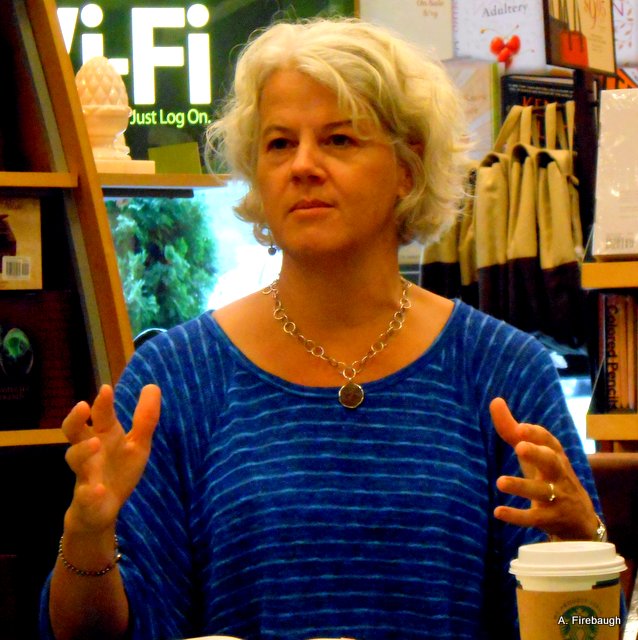 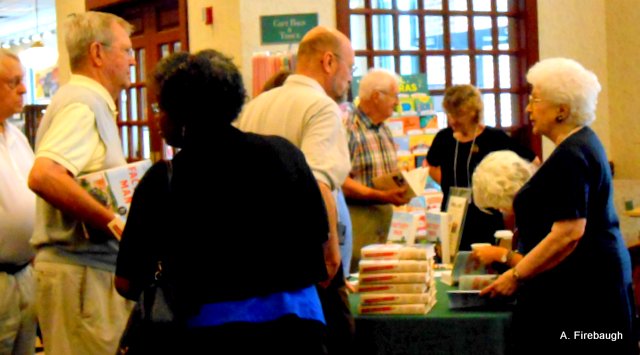 The crowd gathered around the table to get their books signed. 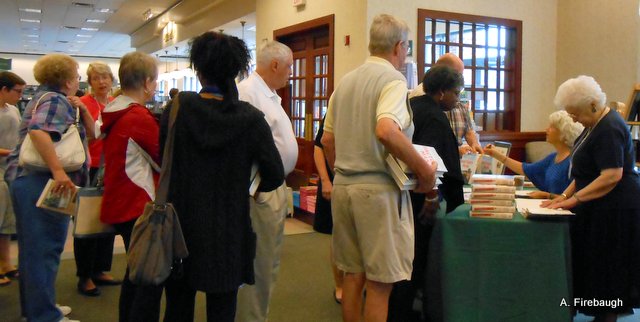 Members of the Roanoke Valley Branch of the National League of American Pen Women, Inc., recently visited with Scott Williamson, Director of Opera Roanoke. Co-President Gail Lambert wrote an article about the visit and submitted it to The Pen Woman, the organization's national magazine.

Lambert reported that the members "enjoyed a window into the operatic world when soprano Anna Sterrett sang a solo from Mozart's masterpiece," The Magic Flute.

Posted by CountryDew at 12:07 PM No comments:

The American Pen Women, of which I am a member, helped sponsor The Salem Museum and Historical Society Appalachian Heritage Days on Oct. 12-13, 2012.

On a crisp, sunny fall Saturday there was a steady flow of people who enjoyed the museum's display of long rifles, traditional Appalachian toys, artifacts, quilts, and local exhibits.  Appalachian harp and dulcimer music enticed our ears as did the country songs.  You had a chance to  meet area authors including our own Peggy Shifflett, Becky Mushko and Ethel Born.   Another member, Gail Lambert, who helped write  "Notable Women West of the Blue Ridge 1850-1950" also had that book available. Our very own Margaret Dubois was the featured artist.  There were pony rides, ham biscuits, Hilda Shifflett's fabulous apple dumplings, a retired revenue agent discussing the history of moonshing and home grown stories from Warnie Shifflett and Charles Lytton.  Stories about Appalachian Trail hikers were told by me, Beth Ann Rossi.

—contributed by Beth Rossi, president of the Roanoke Valley Branch of the National League of American Pen Women
~

Posted by Becky Mushko at 12:46 PM No comments:

The Roanoke Valley Branch of the National League of American Pen Women is offering a scholarship to a woman who is working on a creative project or taking a class in the arts.

The money is to be used either for supplies (textbooks, art supplies, paper, software, etc.) or for other expenses directly related to the project (tuition, travel expenses, conference fees, etc.).

Women interested in receiving the grant for 2012 must apply to the Roanoke Valley Pen Women between May 15 and June 15, 2012. The application should include the following:

•Statement of interest:
Contact information at top of page: name, address, phone, email.
A proposal that includes the following: (1) a paragraph that either explains the recipient’s reason for taking the class or describes the creative project, (2) a statement about the applicant’s career goals, (3) verification that the applicant is committed to the project (Verification for class enrollment could include a photocopy of acceptance letter, student ID, or receipt for payment of tuition. Verification for a creative project might include receipts for materials already purchased, photos showing that the applicant has worked on a similar project, preliminary sketches for an artistic project, etc.)

The scholarship recipient is encouraged to report back to the Roanoke Valley Pen Women, either by mail/email or as a guest at a future Pen Women meeting to inform the membership how the scholarship helped her accomplish a goal.

The Roanoke Valley Branch of the National League of the American Pen Women are pleased to announce the winners of their 11th Annual Poetry Contest.

The judge for the contest was Rene Parks Lanier, Jr., Professor of English emeritus at Radford University.

Second Place: Catherine Moran for her poem, The Neighborhood Scene

Honorable Mentions will be awarded to the following:

Lorraine A. Vail for her poem, Grandmother

Carol White for her poem, Being There

The Roanoke Valley members would like to thank all who entered and helped to make this contest a success.

Posted by CountryDew at 4:18 AM No comments:

Proceeds from the Poetry Competition fund an annual scholarship, given to adult women who have returned to school.

Postmark deadline for entries is August 15, 2011. Cost per poem is $5.00; make checks payable to Roanoke Valley Branch, NLAPW. Prizes are $100, $75, $50 and Honorable Mention $5. Rules are available at http://roanokepenwomen.blogspot.com. Entries which do not adhere to the rules will be disqualified.

Rene Parks Lanier, Jr., Professor of English emeritus at Radford University, will judge the poems. Professor Lanier served for many years as Poet-in-the-Schools at numerous Virginia counties and has been published in many small press and academic magazines. He also served five years as president of the Appalachian Writers' Association.

Here are the complete rules:

5) Entry Fee: $5.00 per entry*. No limit to number of entries but payment must accompany each entry. Make checks payable to Roanoke Valley Branch, NLAPW.

7) Winning poems will be read at the November 2011 meeting of Roanoke NLAPW. Proceeds from the contest will be used to help fund a scholarship.

8) Names of award winners will be available on the website, roanokepenwomen.blogspot.com, only. Poems will not be returned.

The Roanoke Valley Branch of the National League of American Pen Women welcomes you! Our group meets nine times a year, monthly except for January, July, and August. Programs include Roanoke area writers and artists. Guests are welcome, so please join us.


Contact President Lynne Victorine at Roanoke Pen Women for meeting locations and times, or if you have other questions.